Just because you think you know one of the Arab World’s new Islamists doesn’t mean you know them all.

With uprisings stalled, for now, in Bahrain and Syria, it appears that North Africa’s revolutionaries — first in Tunisia, and then in Egypt and Libya — have been the most successful of the Arab Spring. At the same time, despite early rumblings, revolution remains highly unlikely in Algeria and Morocco.

What these three more successful revolutions have in common besides geographic proximity is the presence of popular Islamist movements that now enjoy a once-in-an-epoch chance to govern. But « the Islamists, » though largely perceived as monolithic in the West, are in fact quite different from one another. Whereas the leadership of Tunisia’s Ennahda — which took nearly 42 percent of the vote in Tunisia’s first post-revolutionary elections last month — has managed to incorporate both a French-style gender equality code and a liberal interpretation of sharia law into its platform, some Islamist hardliners within Libya’s Transitional National Council (TNC) appear keen to establish polygamy as a means of social control. And while both these movements are committed to obliterating the remnants of the old regime, Egypt’s Muslim Brotherhood is increasingly allied with a reconstituted military dictatorship.

Though close in terms of geography, the upheavals in these countries stem from disparate conditions and promise varying outcomes. Indeed, these states are dissimilar enough that a significant threat to their future is that the West may apply a cookie-cutter approach to all three. Four years ago, Robert S. Leiken and Steven Brooke observed in an article in Foreign Affairs, « U.S. policymaking has been handicapped by Washington’s tendency to see the Muslim Brotherhood — and the Islamist movement as a whole — as a monolith. » There is little to indicate that the present administration has manifested a new outlook. To the contrary, statements from influential policy circles have done little to challenge the notion that the Brotherhood, for example, is one movement with a unified transnational agenda.

To the contrary, in recent congressional testimony on the Brotherhood from Robert Satloff, the director of the Washington Institute for Near East Policy, there is a not-so-subtle statement about a coherent international agenda: « The Brotherhood is a profoundly political organization that seeks to reorder Egyptian (and broader Muslim) society in an Islamist fashion. »

While this statement may be true in that it highlights a general ambition of Brotherhood franchises in all Arab countries, it is the distinctions, not the similarities, that stand to help the United States pinpoint the opportunities for engagement — and the think tank does not appear to have devoted sufficient resources to identifying them.

In Libya, where the armed insurgency, now poised to gain political power, the new leadership contains veterans of the Libyan Islamic Fighting Group, which, though now disbanded, was an ally of al Qaeda. Though the group’s primary target in the nineties was the Qaddafi regime itself, statements by its former leaders, including Libyan rebel commander Abd al-Hakim Belhaj, indicate that the movement considers itself to be part of a broader international « jihad. » He adopted the language of al Qaeda in referring to the United States as « crusaders. » After the 1998 American missile strikes in retallion for the al Qaeda East African embassy bombings, the LIFG released a statement decrying the attacks and essentially calling for vengeance.

Meanwhile, the society around this emerging jihadi elite lacks experienced political activists who might provide a more constructive vision. The absence of organized, civic institutions in Libya is no guarantee that such groups won’t eventually take shape — but it is a clear opportunity for militants to dominate the marketplace of ideas for some time.

In Tunisia, October’s election gave Ennahda a controlling plurality in the new parliament. Ennahda was a target of the ancien régime that nonetheless managed to survive and thrive in exile. Rachid el-Ghannouchi, the movement’s leader, enjoyed freedom of movement and the opportunity to maintain and grow his political base from his adopted home in London. Meanwhile, Tunisian liberals who remained behind did not do enough to distance themselves from the regime, and have now paid the price at the polls. Ennahda is the best structured and most popular political institution in the country today.

Following its electoral victory, Ennahda will have an opportunity to use its new authority to influence the fabric of Tunisian Islamic culture. But unlike in Libya, the party will have to negotiate its cultural agenda with the entrenched legacy of secularism imposed by founding president Habib Bourguiba and his successor Zine el-Abidine Ben Ali. Consider the example of Turkey, where the ruling Islamist party is widely believed to have been tempered by the secularism of its antecedents. Tunisia under Bourguiba and Ben Ali came the closest in the Arab world to an Ataturk-style experiment of secular governance. Even the venerable al-Zaitounah Islamic seminary in Tunisia was instrumentalized by the regime and became, effectively, a university of comparative religion. The legacy of the regime’s progressive cultural agenda will not vanish because its proponents are out of power.

In Egypt, where the Muslim Brotherhood movement evolved not in exile but in situ, the « mainstream » Islamists face challenges not only from secular parties but from the more extreme Salafists, whose regressive views would in all likelihood destroy the Egyptian economy. Whereas the Brotherhood for the past 25 years has been seriously engaged in reconciling Islamic legal tradition with the principles of modernity and consensual politics, Salafists have rejected notions of democracy and modernity as anti-Islamic « innovations. » There are Salafists across North Africa and the Middle East, to be sure, including those in Tunisia, who, like in Egypt, have recently perpetrated acts of violence. But it is in Egypt that they have established enclaves in populous urban slums and appear to be most capable of mounting a sustained political campaign.

The Brotherhood has not lost its contempt for the Egyptian military elite, but it also understands that too hasty a move toward civilian rule is dangerous in a state whose civil society was gutted systematically under Hosni Mubarak. The movement is poised to finesse its ideological differences with the United States over Israel — despite public pressure — in order to maintain the flow of foreign aid, military aid, and tourism. Over the past 10 years, Brotherhood affiliates in Egypt and other countries, including Palestine itself, have raised the concept of a hudna, a temporary and renewable truce, as a means of provisional accommodation with the Jewish state.

Abd al-Mun’im Abu ‘l-Futtuh, a senior Egyptian Brotherhood official who is running independently for the presidency of Egypt, has told al-Arabiyacolumnist Abdel Rahman Al-Rashed that he would not necessarily pursue the annulment of the Camp David Accords. In other contexts, he has indicated that the Saudi-backed « Arab Peace Initiative, » could be a basis for the Brotherhood to enter talks with Israel.

As for Algeria, where a civil war claimed as many as 150,000 lives in the 1990s, the streets for now are silent. But there is little evidence to suggest that the immense popularity enjoyed by the radical Front for Islamic Salvation in the 1990s has waned since then. Nor has an exiled Islamist leadership emerged with a moderate outlook akin to Ghannouchi’s Ennahda. Meanwhile, there is no serious liberal opposition to military rule inside the country — while the jihadist Armed Islamic Group continues to strike violently, even in Algiers.

Morocco’s Islamists are unique as well. A meaningful multi-party system has been in place in the country for a generation, and diverse political movements — ranging in orientation from Islamism to socialism — have achieved a measure of credibility. The democratic space has been gradually expanded since Mohammed VI’s accession to the throne, a trend further advanced this summer by a new constitution. That document, though yet to be implemented, commits meaningful domestic authorities to an elected prime minister, including control over the ministries and the power to appoint regional governors. There is a relatively level playing field among parties in the political arena, and Islamists are necessarily disposed to look for liberals to help them find a place in any government. (The moderate Islamist Party for Justice and Development, PJD, is currently the third-largest parliamentary bloc, with 47 seats in a 325-member house. Europe’s Thomas More Institute estimates that the PJD is unlikely to achieve more than a 10 percent bloc after the new elections.) Radical Islamists exist, but their chances of obtaining real power are negligible. Morocco’s carefully fostered political diversity, together with the steady growth of civil society institutions, tempers and moderates the Islamist stream. The king, for his part, will maintain his role as the senior religious authority in the country under the new constitution.

In short, the West should avoid the mistake of approaching each country’s Islamist phenomenon with one policy. There are powerful Islamists in Libya with whom direct political engagement may be futile. By contrast, there is an Islamist movement in Tunisia that could potentially serve as a bridge between the West and more extreme Islamist groups in other countries — beginning with its Libyan neighbors. The Algerian regime, though a sworn enemy of Islamist groups, is not a friend to the region’s freedom agenda, while the Egyptian Brotherhood, though ideologically anti-Western, may not be an enemy to America’s security paradigm. Morocco, meanwhile, has demonstrated that an autocracy can strengthen civil society as well as moderate Islamists through a political process — an example that could be applied to Egypt’s military rulers and other regimes that will also need to adjust to shifting realities in the months and years ahead. 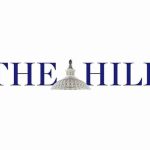